(Not So New) England Seafood Chowder

I just couldn't stop thinking about clam chowder. Amidst all the fun with Chris, Vince and Luca in Cape Cod this summer; amidst the kayaking, the whale watching, the family reunions, the midnight skinny dipping, the beach combing, the heart to hearts with my best friend whilst walking down dirt roads, amidst all the amazing moments that are simply irreplaceable, we ate some incredible food with our best friends. 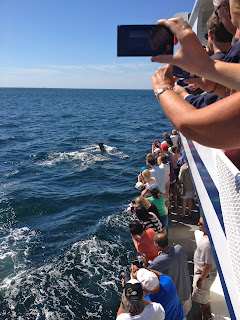 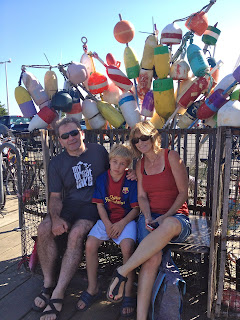 And it was the memories of this incredible food, like the lobster rolls Vince made from fresh lobster (and no Chris, he honestly didn't boil them himself, cross my fingers, oops, I mean cross my heart) that made me yearn, once I was back in England, for some lovely, silky yet hearty, clam chowder. 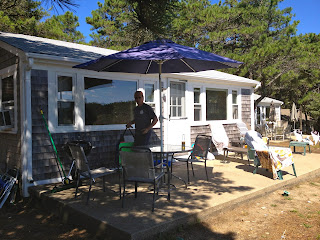 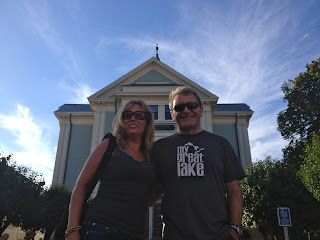 You might think, with the abundance of seafood that surrounds this tiny island of Britannia, that clam chowder or seafood chowder would be part of the national cuisine, or even available. Nope, as a matter of fact  I've never even seen it on a menu anywhere in England. Now, they do have fish and chips and they do have fish pie.  And, now that I think about it, I bet fish pie is probably seafood chowder with a crust. After all, the English do love their pies. And by that I mean the savory kind, as you very seldom find mom's apple pie, or coconut cream pie, or even pecan pie, for that matter. But I didn't want a fish pie, I wanted some chowder. Cape Cod had lit my fire,  in more ways than one, but I'm only talking chowder here. 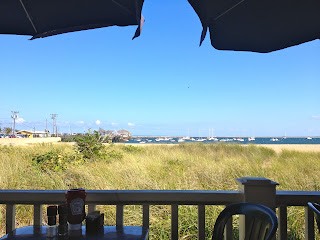 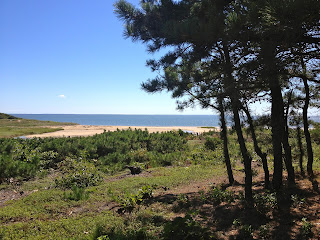 I'd never made clam chowder and funny, but the last time Tash made clam chowder it was with my bff Chris (pictured above and with whom we went to Cape Cod) back in Brooklyn when Tash was in law school in Manhattan. So, Tash and I went about trying to make some clam chowder here in lovely England.

First off, the clams. Sometimes we can find them and often we can't. Which brings me to, where the hell does all the lovely seafood go in this country? I once was in Whitby, on the eastern coast of England and watched some fisherman load huge crates of lobster and crabs into a lorry (truck to all you Americans), both of which they had just pulled from the waters of the North Sea. I asked the question and the answer was France. Yes, you heard me right. France. Evidently, we sometimes buy back the lobsters, but try to even find a fresh lobster anywhere, because, well,  you just can't. Well, I lie, I did have some incredible lobster down in Devon pulled from pots just in front of our hotel, this is true. But around here, around London, they just can hardly be found. But I digress. And these were the clams I found. 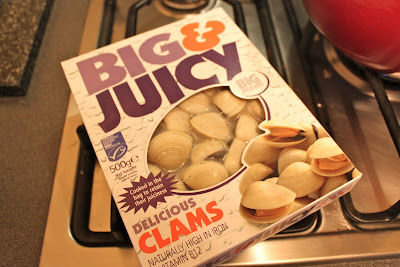 Oh, I can just hear you now, you food snobs, you. But honestly, they worked, and honestly this clam/seafood chowder was pretty amazing, if I do say so myself. Better, even, than most of the chowders I've ever had out and about. And if you are much of a cook at all, you'll understand how this can be so very true. So, this is how we did it...

We started off with a bit of American bacon that we can buy here in England at Sainsbury's. Why the American bacon? Well, it's just so darn fatty and tastes so damn good, that's why. 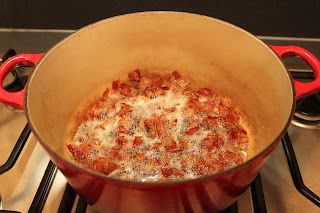 Next, we sifted out the bacon (save it) and added chopped celery, onion and carrot. After sauteing for about 10 minutes over medium heat,  we sprinkled a few tablespoons of flour over the whole lot. 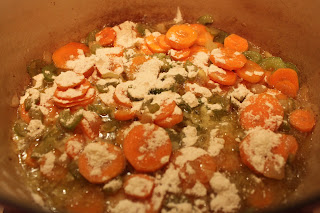 We cooked this for about five minutes, stirring often, to allow the flour taste to cook out and let the veggies soften nicely. And, well , just take a look at the recipe below. 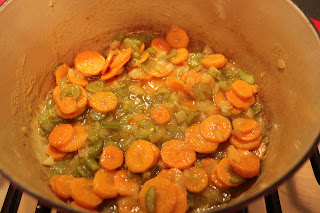 Stacey's Bacon, Potato and Clam (or scallop or shrimp) Chowder


Saute bacon in large dutch oven over medium heat, when crisp remove bacon  (save for later) and add onion and celery, cook slowly until soft- about 10 minutes. Add carrot and cook for 5 more minutes. Add butter and stir- sprinkle flour over mixture and let cook for 3 minutes or so. Add chicken broth slowly and stir as it thickens. Add potatoes, bay leaf, salt and pepper and let cook at medium-low heat for 10 minutes, stir bacon back in and add cream. Lower heat and let cook  until potatoes are tender, another 10 minutes. Stir in sherry and scallops, shrimp and clams or a combo of any. Simmer softly for 5 minutes and serve.


This was so good that Tash made me write down exactly what I did before I forgot it for next time. So very yummy! The sherry is optional, but really delish if you have it hand. The chowder will still be fantastic without it. Use a waxy potato that will hold its shape and always keep the heat minimal so the potatoes don't disintegrate. This chowder is easy, yet very impressive. In fact, if you have some shrimp in the freezer, it's quite possible that you might have all the ingredients on hand right now. So, go ahead and give it a go. Let me know how yours turns out. 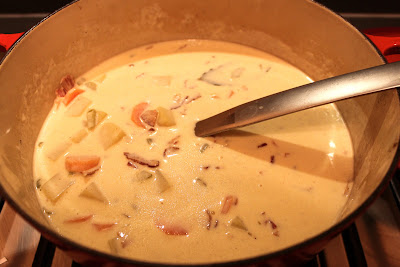