We arrived early, coffee in hand, under sunny bright blue skies. We'd never been, and the day was perfect. Summer was in full bloom in London's Kew Gardens which holds the world’s largest collection of living plants. 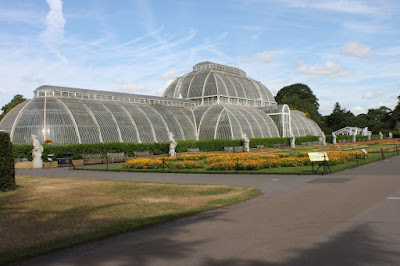 Kew’s Palm House, a Victorian iron and glass structure, is considered to be the most important building of its kind in the world. It was designed to house the exotic palms being collected and introduced to Europe in early Victorian times. 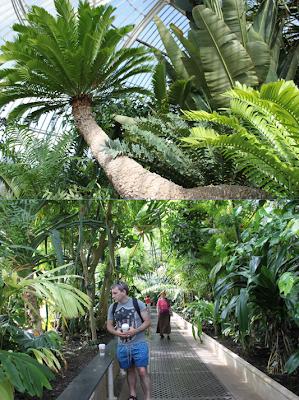 .
It's gorgeous inside... with so many interesting and beautiful plants, including the oldest potted plant in the world! 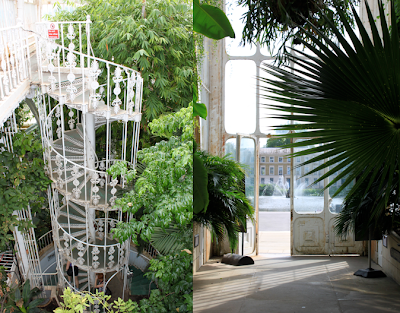 Look at the wrought iron spiral staircase, what workmanship. 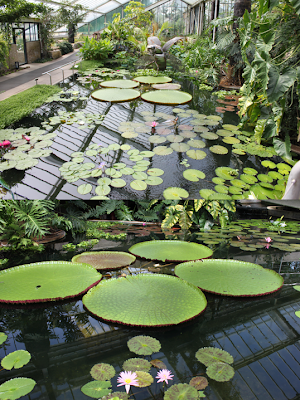 This is The Princess of Wales Conservatory, named after Princess Augusta, not Princess Diana, although it was opened in 1987 by Diana, Princess of Wales. The pond within the aquaria section is breathtaking and contains the giant waterlily Euryale ferox. This plant has massive leaves that can span two metres and are strong enough to hold a baby! 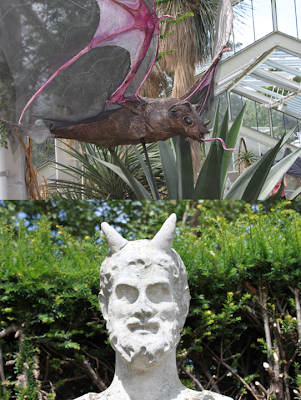 We saw interesting sculptures, both indoors and out. 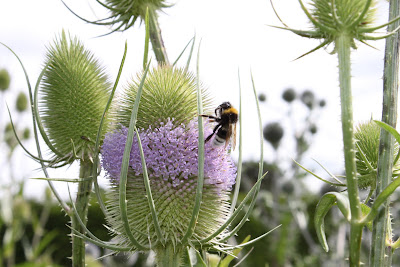 Everywhere I looked, there was something or someone to photograph. 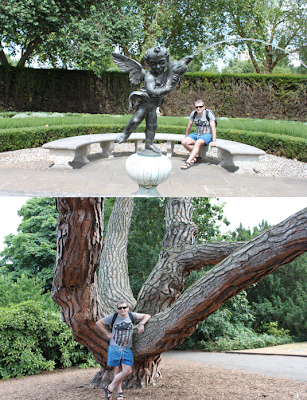 Ever the patient husband, GB posed dutifully for me at every turn. 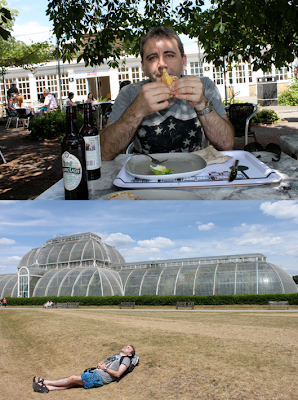 But even he could only take so much; soon it was lunchtime for us both, and nap time for him while I cruised the rose garden. 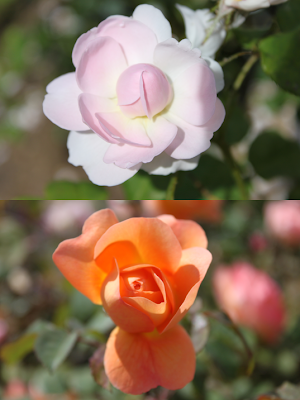 Oh, the colors and the scents. I could have stayed forever. 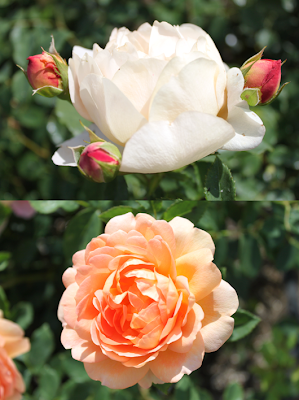 British summertime, when it makes its magical appearance, there's nothing like it anywhere.